Get ready to be whisked away to a world of ancient magic, galactic protectors and mysterious evils as you join Yummie™, on his mission to protect the planet. In a forgotten age, after the Big Bang, four mystical planets emerged in a hidden corner of the universe known only as Seedarious. Yummie, the Guardian of Seedarious, watched over these planets for millennia with his powers of seedokenisis™ , until they erupted and showered the universe with seasonal magic. Now, he is looking for a team of exceptional people, whom he can empower with seasonal magic to help him defend the cosmos from his ancient foe, Ecorrosion™, who seeks to unravel the very fabric of reality. You too, can discover your magic alongside the four girls from Angophora Girls’ College as they fight to protect their usually peaceful town, although there is a long way to go before they are ready to oppose the terrible, destructive powers of Ecorrosion, so be sure to lend them your help as you read along!

The Seasonal Warriors book series is a unique graphic novel series, combing manga and highly illustrated styles.  The publications were developed with many messages central to the “Be SEEDsational” campaign, and by giving children early exposure to seasonal eating, our mission is to create a love for learning and healthy habits for a more nourishing, sustainable, and active life.  The books explore themes of healthy and sustainable habits, identity, change and discovery, while starting important conversations and strengthening family ties. It's a great way for children to get involved in the healthy movement, as everyone has their own unique strengths and hidden powers which they can unleash to become Seasonal Heroes and help Yummie make the world a better place for everyone! 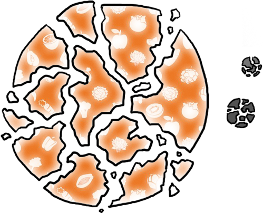 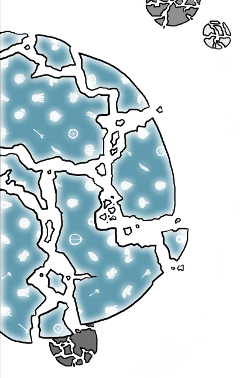 LOOK OUT FOR OUR WORKSHOPS AND PERFORMANCES TO JOIN IN THE FUN!

Seasonal Warriors acknowledges the Traditional Custodians of country throughout Australia and their connections to land, sea and community. We pay our respect to their elders past and present and extend that respect to all Aboriginal and Torres Strait Islander peoples today.

Seasonal Warriors™ as a part of the Be SEEDsational™ Campaign